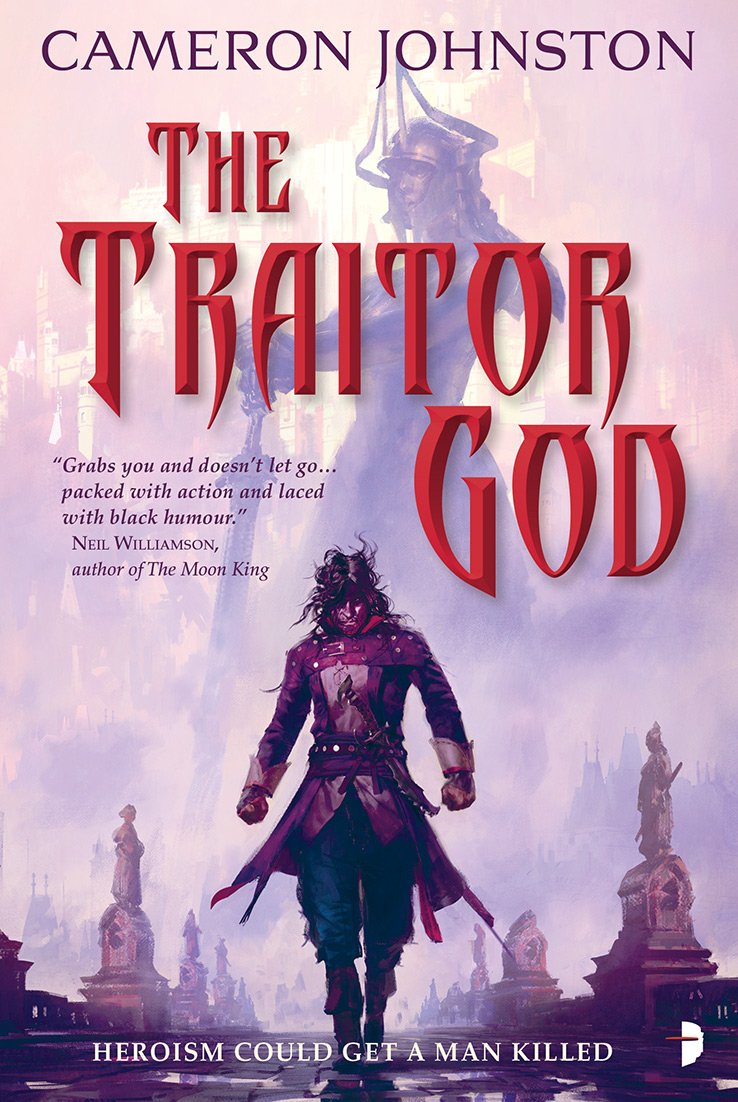 The Traitor God sucks you in from the beginning and holds you to the end.  A broken protagonist brings you into a world where magi have all the power, and the rest are left to make their way as best as they are able.  While most magi hold themselves aloof from the world, the protagonist has managed to keep himself in touch with them all, despite having more than a few problems of his own.

In a classic story of revenge, the protagonist is just trying to figure out what happened to his closest friend.  Be ready in this book for our poor protagonist to go through hell and back to try to find out what he wants to know.

The world is beautifully crafted, with great depth that leads the reader to realize how deeply Cameron has delved into his own imagination.  The magic system is wonderfully realized, being both powerful but having deep consequences.  The book itself is dark, feeding into the realities and consequences of a world where magic exists.

In all, I highly recommend reading this.  For a first book from an author, I found it to be incredibly well written.  If you need a new book, this is the one.